#ManifiestoGAM is a photographic montage headed by Gabriela Mistral, thinking of great characters in culture in support of the feminist struggle for equality. The mural seeks to show how the discourse of marching citizens dialogues with the program.

“The highest form of art in Chile is playing dumb”, “Sorry for the inconvenience, but we are being murdered here”, “not saints, not whores, just women”, are only a few of the messages GAM displays on its facade from September in a monumental art intervention.

The #ManifiestoGAM project celebrates 9 years of the cultural center and seeks to make visible the conversation between the citizenship and its activities.

Guided by Gabriela Mistral, relevant women of the Chilean art and cultural world, manifest themselves from the facade of the building to speak to passersby. It’s a mural fantasy where these characters, that have embraced social causes, gather in the middle of Alameda to manifest themselves about the Chile of today in support of the feminist struggle for equality and respect.

The intervention is a collage composed by six street-art style canvases, 150 meters long, with iconic photographs of citizen movements from different times. Faces of recognized cultural characters linked to GAM, like Isidora Aguirre, Ana González and Pedro Lemebel, march side by side with actresses that have worked on the building, like Claudia di Girólamo, Bélgica Castro, Patricia Rivadeneira, Catalina Saavedra, the cast of Paisajes para no colorear, Claudia Vicuña and Marcela Said, among others.

Phrases by Gabriela Mistral like “my indigenism made me hateful”, are joined by messages of today’s struggles like “nobody asked how my rapist was dressed” and some lines from plays shown on the GAM Theater, like “someday we’ll be ashamed of all of the past” from Andrés Kalawaski’s Mistral, Gabriela (1945).

“The purpose of this project is to participate of the social movements from a social standing point, just like we do from the contents on our program,” comments Felipe Mella, GAM’s executive director, adding: “We believe it’s important to communicate the messages artists have displayed on our halls because they are intricately connected with what its going on the Alameda.”

Alameda, in front of GAM 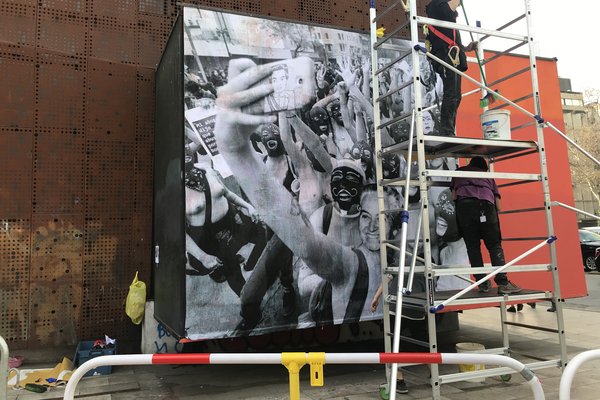 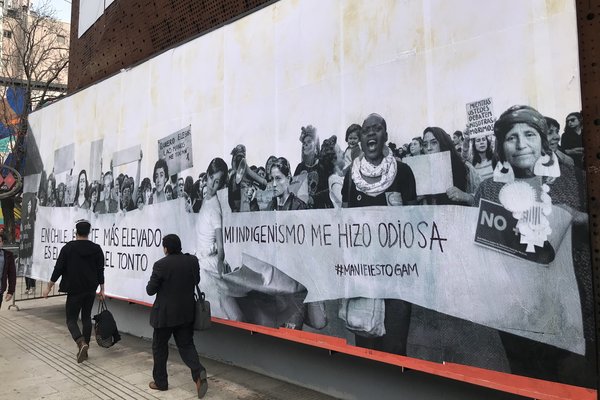 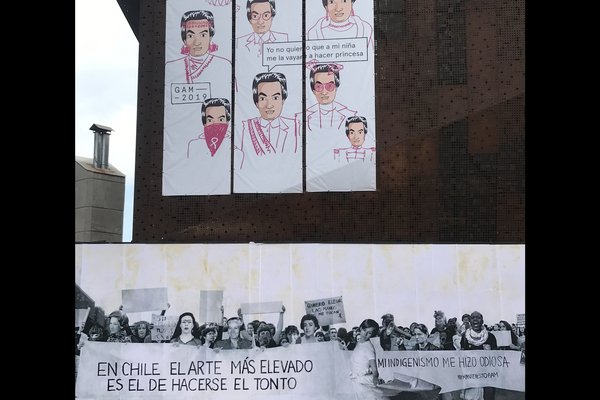 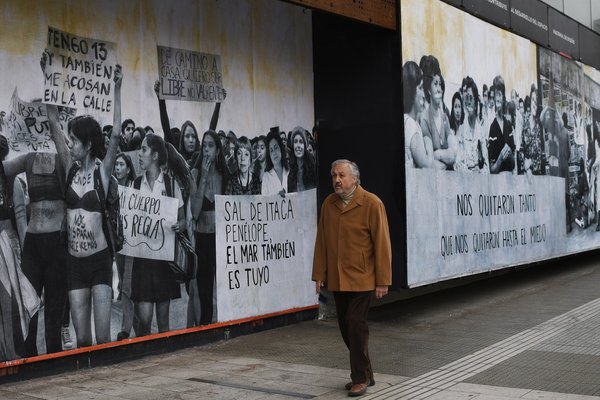 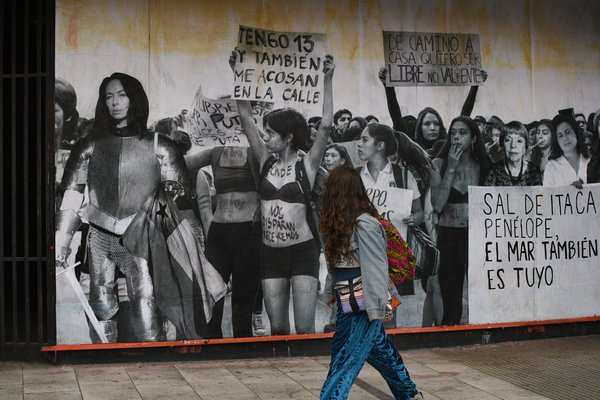 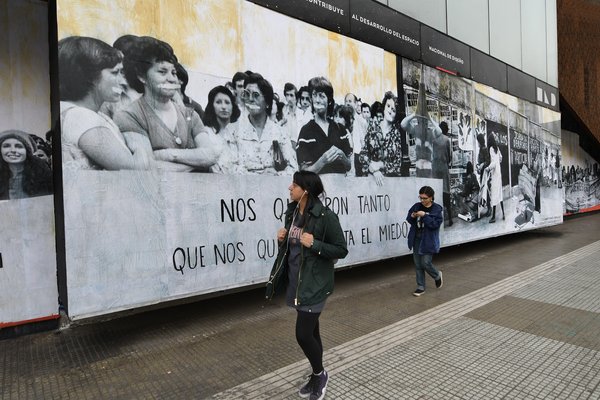 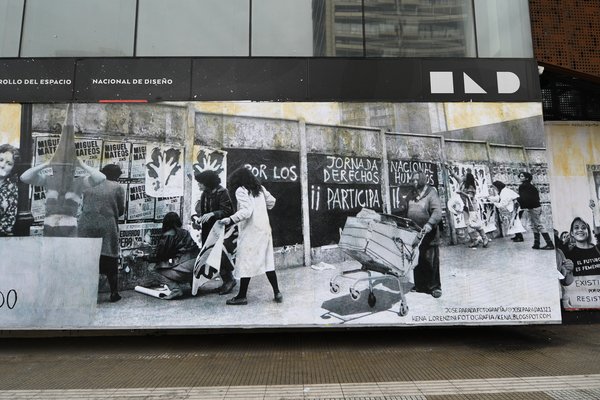 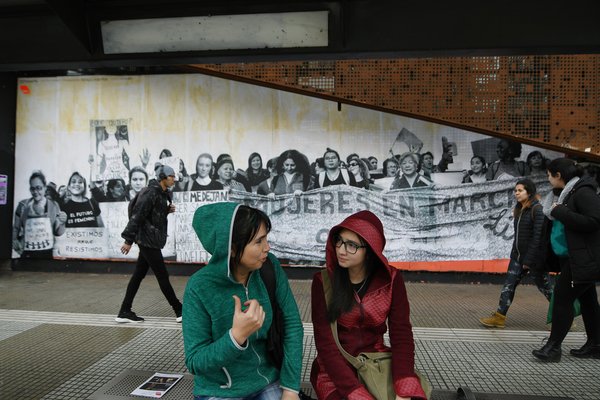 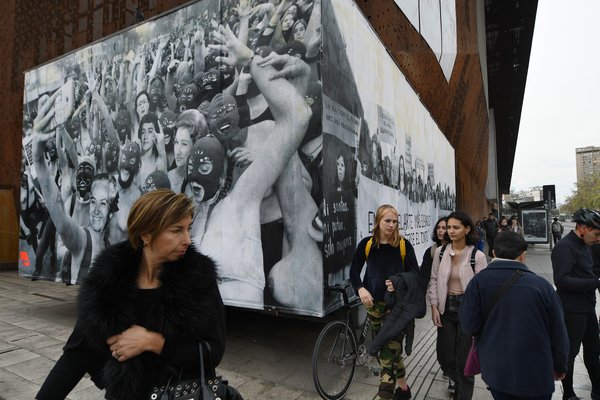 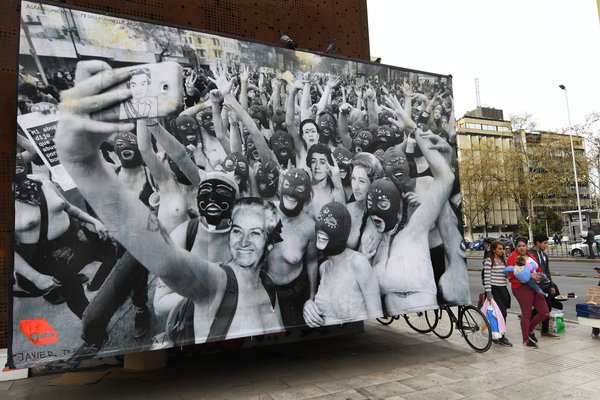 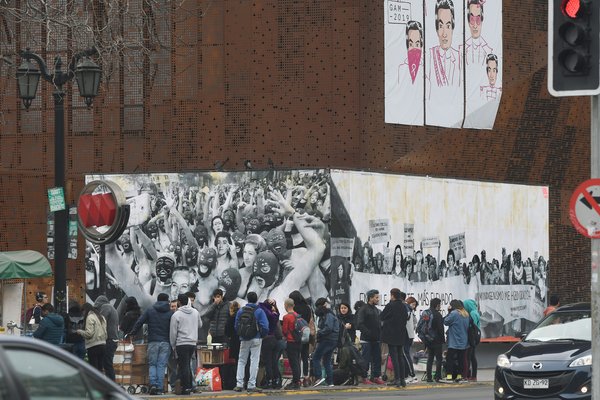 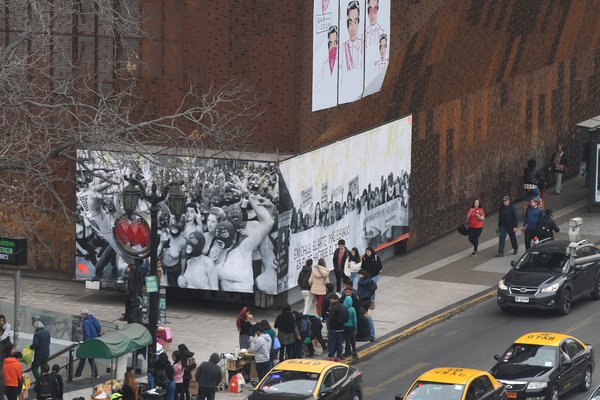 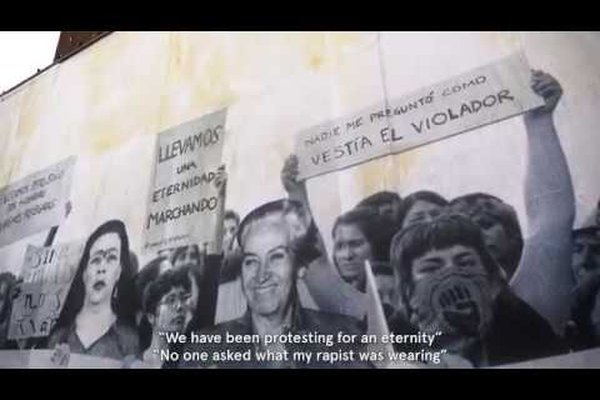 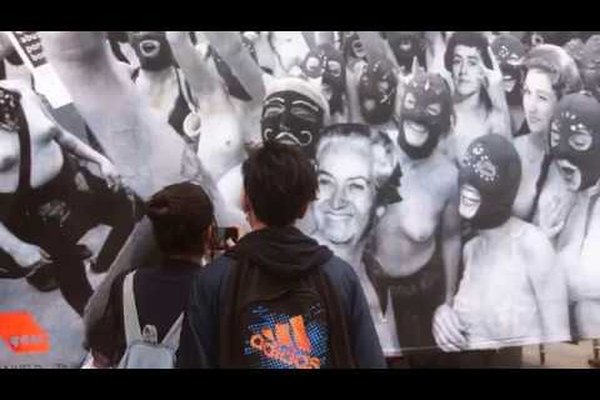 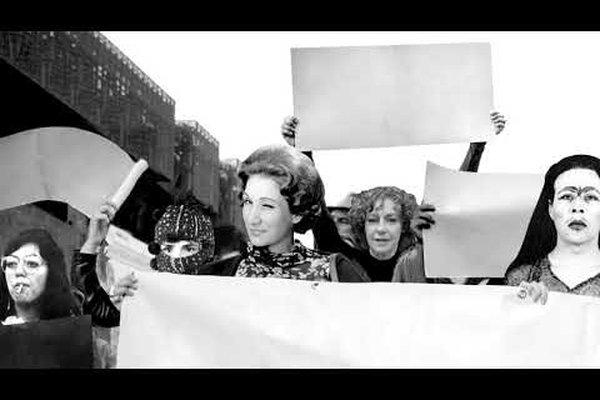 Revista Off The Record
Sept. 3, 2019
AlamedaconManifiestoGAM